Sunoco Logistics, L.P. (Sunoco) filed petitions in late March 2014 to the Pennsylvania Public Utility Commission (PUC) for exemptions from local zoning in municipalities impacted by its Mariner East pipeline project. During the first phase of the project, Sunoco converted an existing oil pipeline (Mariner East 1) to transport natural gas liquids — including ethane, propane and butane — at a higher pressure than natural gas.

The second phase (Mariner East 2) would span over 300 miles across 17 counties carrying natural gas liquids, including propane, butane, and ethane, which are 150 times more flammable that natural gas. The pipeline will cross many streams, wetlands and waterways, including crossing under the Yough near Sutersville, threatening the health and safety of our watershed.

DEP previously issued a multitude of deficiency letters to Sunoco in September 2016 in response to the earlier versions of the company’s Mariner East 2 permit applications, outlining hundreds of areas in need of improvement. Since 2002, Sunoco has received 262 incident reports and 32 enforcement actions from the Pipeline and Hazardous Materials Safety Administration (PHMSA), as well as 17 Notice of Probable Violation orders resulting in over $2.3 million in proposed and enforced fines.

On Friday, February 3, 2017, the Pennsylvania Department of Environmental Protection (DEP) issued two permits necessary for Sunoco to begin construction of Mariner East 2. The issued erosion and sedimentation control and water obstruction and encroachment permits are designed to ensure watershed protection. MWA, along with Clean Air Council and Delaware Riverkeeper Network, immediately appealed the issuance of the permits claiming that the applications were inaccurate and incomplete and that DEP had failed to address the negative impacts of the project. We requested the Environmental Hearing Board issue a supersedeas to immediately halt work on the project so that our appeal could be heard.

On March 3, 2017 the EHB denied our Petition for Supersedeas. Had the petition been granted, the construction authorized by the Mariner East 2 water permits would have been paused until the Board could complete a full review of the permits. The denial of our petition means the permits remain in effect for now, and permitted activities will continue while the appeal is pending. This result is deeply disappointing, but is certainly not the end of the story. 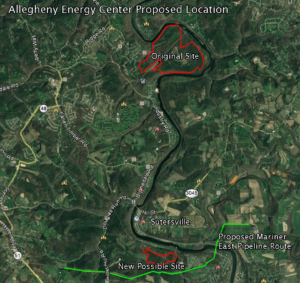 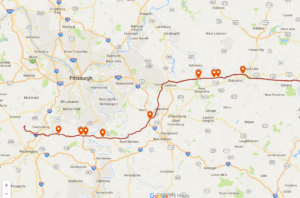