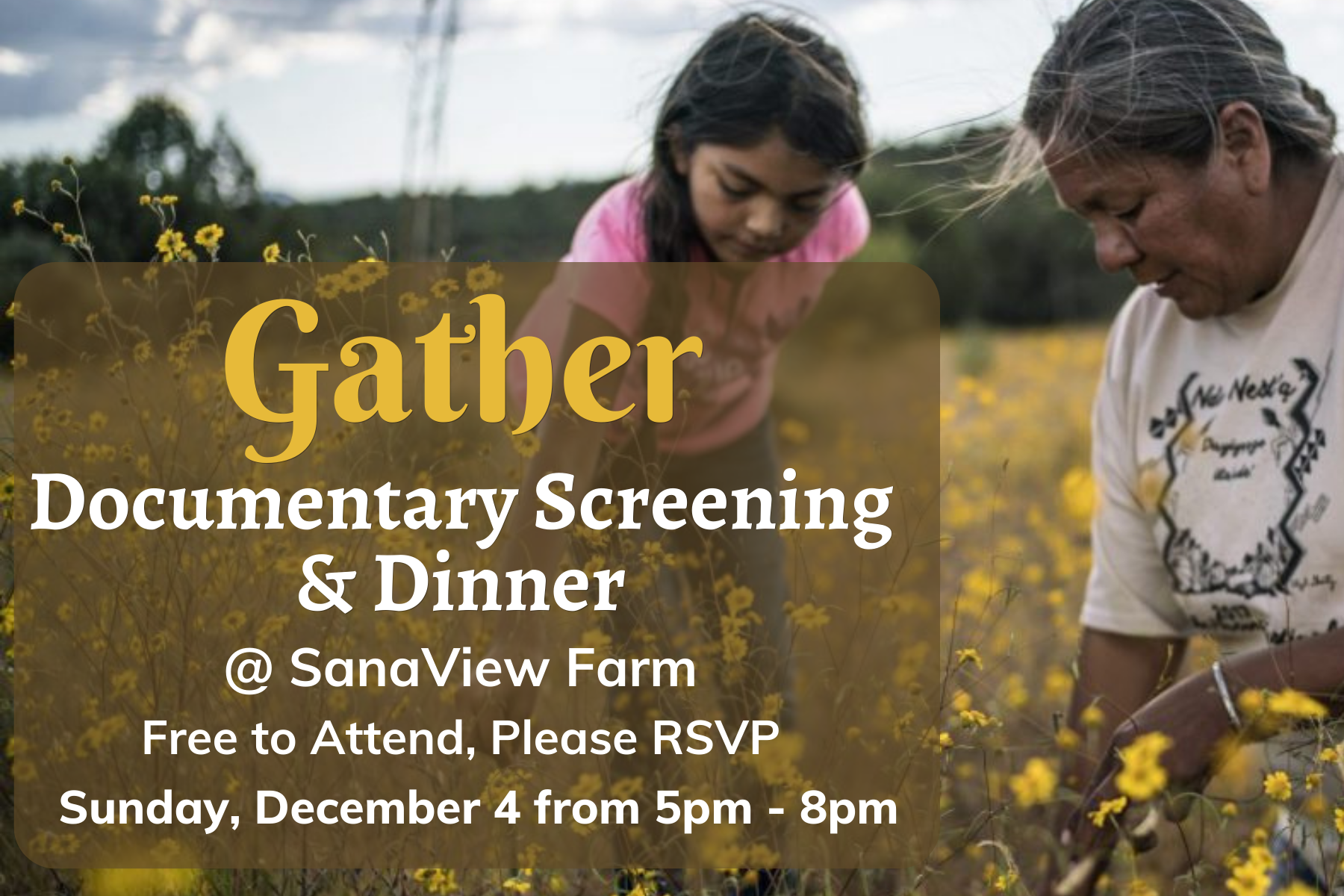 MWA, in partnership with Rural Cinema, is hosting a showing of the documentary Gather at SanaView Farm on Sunday, December 4.

Drinks and dinner will be provided. No alcohol at the event.

There is no cost to attend. Please reserve tickets so we can keep tally of expected attendance.

Gather is an intimate portrait of the growing movement amongst Native Americans to reclaim their spiritual, political and cultural identities through food sovereignty, while battling the trauma of centuries of genocide.

Gather follows Nephi Craig, a chef from the White Mountain Apache Nation (Arizona), opening an indigenous café as a nutritional recovery clinic; Elsie Dubray, a young scientist from the Cheyenne River Sioux Nation (South Dakota), conducting landmark studies on bison; and the Ancestral Guard, a group of environmental activists from the Yurok Nation (Northern California), trying to save the Klamath river.

Before the screening, there will be a short activity with guest educator Mary Busch, PA Master Naturalist and PA Forest Steward, about native seeds. The focus will be on Laurel Highlands plants, their importance in the ecosystem, and how they can be used to combat pests. The audience will have the chance to bring home native seeds for their homes and gardens. After the activity, a brief panel will be held featuring members of Lenape Nation of Pennsylvania with questions from Mountain Watershed Association. The panelists will speak about foodways and the Lenape Nation of Pennsylvania Storykeeper will speak about the significance of food practices in cultural stories. Lenape Nation will also have an education table for the audience to engage with at their leisure. After the panel, the film screening will begin as the audience enjoys dinner.